The checo and the angara: preserving traditional musical instruments

The checo and the angara are two percussion instruments made out of gourds that come out of the Afro-Peruvian tradition.  Both are big;  that is to say, the checo is very big.  The angara is huge.

The angara, both the vine which bears the gourd and the use of that gourd as a percussion instrument, seems to have disappeared.  Indeed, it is so little known today that National Geographic´s article on Afro-Peruvian music confuses it with the checo.  You can, however, still see it being played in a YouTube video taken from a Peruvian television show filmed in the 1970s.

This great video (above), with host Dr. José Durand and percussionists Abelardo Vasquez and Arturo Zambo Cavero, is the only one in which I´ve been able to find anyone playing the angara.

The checo, on the other hand, is staging something of a comeback, due largely to the efforts of the Museo afroperuano de Zaña, whose directors searched for its seeds, planted a field with those seeds, harvested and prepared the gourds, and started classes for local youth.  The organization also persuaded the Peruvian government to declare the checo to be a national cultural treasure.

This is lovely, and delightful.

But why should we bother to preserve traditional percussion instruments...or any traditional musical instrument, for that matter?


Above is some very good checo playing, although not typical--he isn´t singing in Spanish, and in addition, the sound hole is at the top instead of on the side, as is more usual.

For a larger list, which is very interesting but unfortunately restricts itself mostly to traditional instruments from Europe, see this LINK.

There are hundreds of traditional musical instruments in the world, and they bring an astounding richness to our collective musical heritage, in addition to their contributions to the culture of the specific community which developed them.

And why preserve them?  Well, if reading the list above doesn´t convince you that they are in fact essential to music including modern music, I´ll add a few more reasons:

Many of these instruments have beautiful and/or interesting sounds that you cannot produce by any other means.  No, a synthesizer won´t do it.  Doesn´t have the flexibility, the depth of sound, or the sweetness you find in some of these instruments.


More Afro-Peruvian musical instruments...all except the kalimba, which comes from West Africa (Ghana and nearby countries).


Many of these instruments are so deeply linked to the history and heritage of the community which produced them that to lose them is to damage that heritage.

And for a last reason, keeping these instruments alive helps preserve us from sameness, from monotony, from homogenized music in which one composition sounds depressingly like all the others.

Just to let you know that we have put our money where our mouth is:  in the home use version our documentary, A Zest for Life:  Afro-Peruvian Rhythms, a Source of Latin Jazz, we have a section in which master percussionists are playing the checo.  In addition, in the educational version of the documentary, not only do we have that checo segment but as one of the Extras we have the videoclip you see near the top of this post of someone playing the angara.

OUR NEXT POST will be news about our documentary, A Zest for Life.

A Zest for Life DVD cover 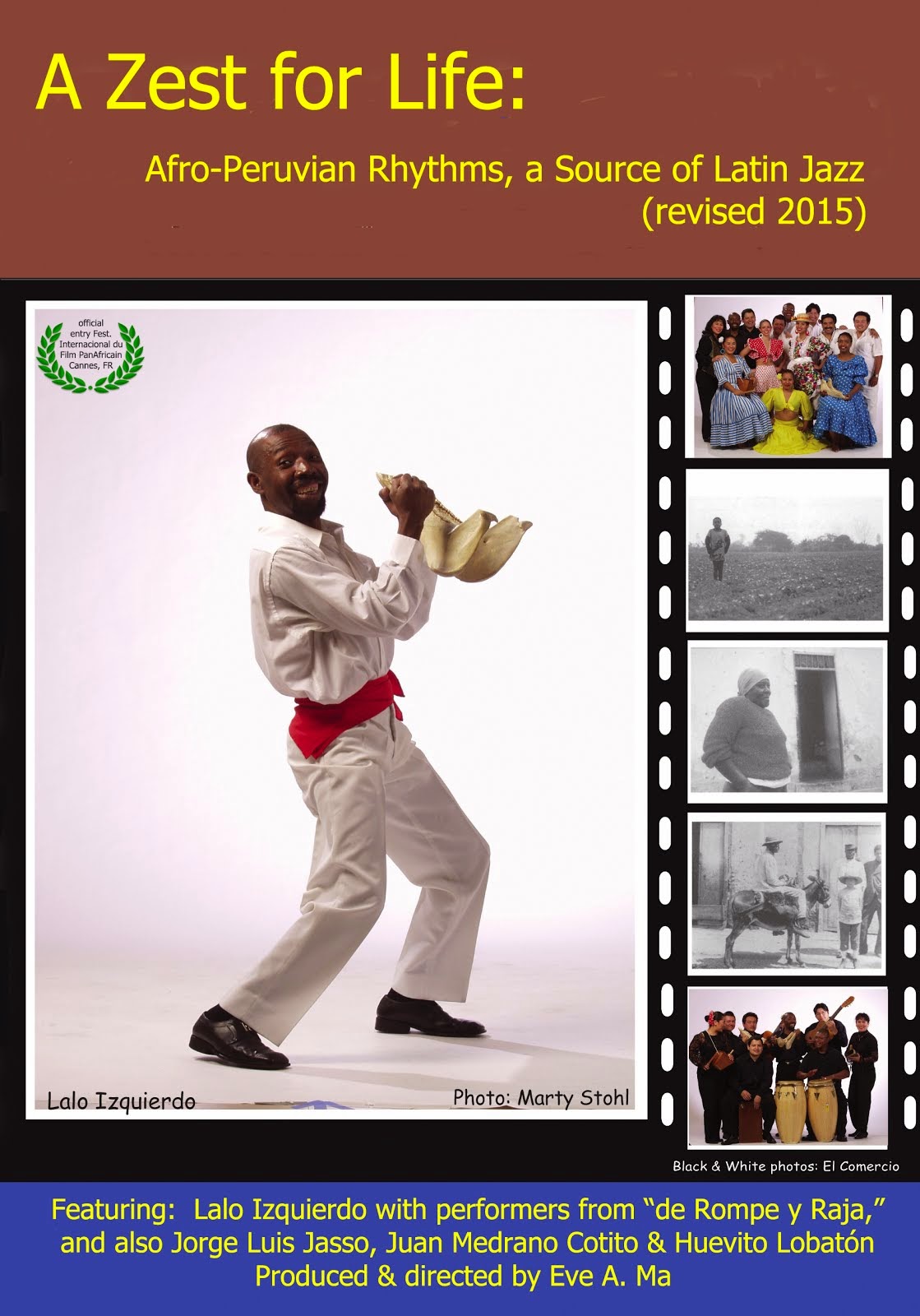 News in a nutshell

I am finishing up the revised version of "A Zest for Life" which will include some footage I shot when in Peru this past December (2014). The revised documentary will premiere in the Festival International du Film PanAfricain in France at the end of April, and will go on sale in the United States within the next few months. 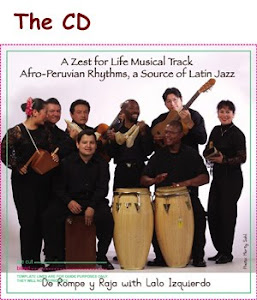 My article on Afro-Peruvian jazz-click on the link